“I stand here today as an out and proud gay man. But it certainly wasn’t always so,” Simms told the chamber.

“I remember I was around 12 when I realised I was gay, I was in my final year at primary school. It was a secret I carried for a long time – indeed I didn’t tell anyone until I was in my early twenties.”

Speaking to BuzzFeed News, Simms said it was important to him as a public figure to be open about his sexuality. 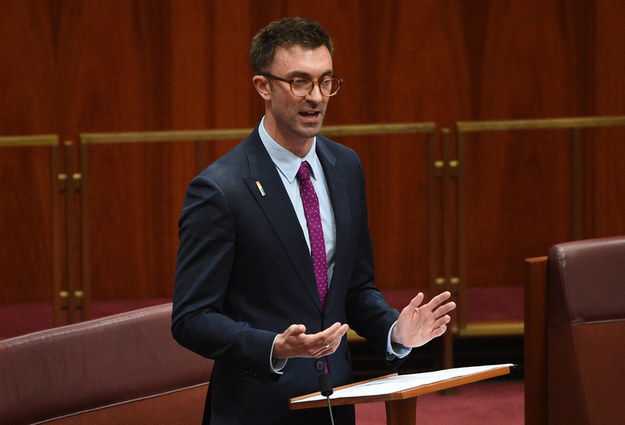 Robert Simms makes his first speech in the senate on Tuesday, October 13, 2015.

Simms said that for young people it’s often “a case of you can’t be what you can’t see”.

“As a young person growing up, [I found] it quite challenging to see what a gay future might hold for me,” he said.

Simms went on to say that he hopes his work as the Greens spokesperson for LGBTI issues will “make things a bit easier” for people in the future. 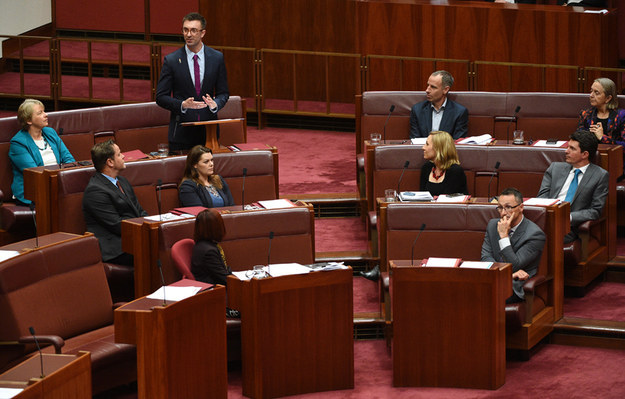 “Despite all that we’ve achieved on the road to equality, there is still much more to be done. I know young people are still bullied at school for being same-sex attracted or transgender and homophobia and transphobia are still a dangerous force in Australian society.”

“But I want to say today to any young person who might be struggling with their own journey with sexuality or gender identity, things really do get better. Our nation is changing, our world is changing and you have a bright future ahead of you. Be brave, be strong and be proud of who you are.”